Known across the world as ‘the original’ ALUCOBOND® has been the market leader in aluminium composite panels since 1969.

ALUCOBOND® is known for its incredible properties, such as extraordinary flatness, a large variety of colours, and perfect formability. It has been developed to be both a rigid and flexible fascia material for architecture and is extremely weatherproof, impact-resistant and break-proof, vibration-damping and ensures easy and fast installation.

As a light composite material consisting of two aluminium cover sheets and a plastic core, this incredibly versatile product is also preferred in areas other than architecture – such as corporate design – and is widely used in industry and transportation.

Numerous international prizes have been awarded to this pioneering product. With more than 130 million sq.m of ALUCOBOND® sold, it has proved to be one of the most successful materials world-wide.

ALUCOBOND® is a composite panel consisting of two aluminium cover sheets and polyethylene (virgin LDPE) core. The superb properties of this material offer architecture an inspiring new range of solutions – whether your project is a private home or a public building, corporate headquarters, office, or a trading/industrial complex – everything is possible with ALUCOBOND®.

ALUCOBOND® perfectly adapts to a building’s contours, flowing elements. It is the combination of formability, flatness, stability, and weather resistance that characterizes this material. Due to its composite structure, ALUCOBOND® can take on many different shapes. Though both stable and flat ALUCOBOND® can be perfectly formed without any loss to its rigidity. 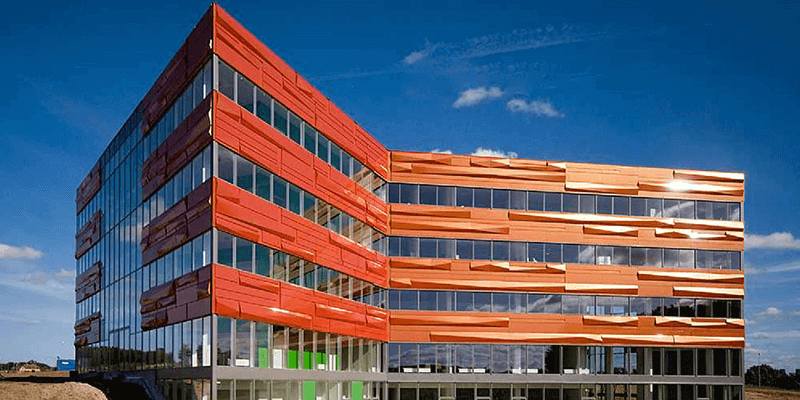 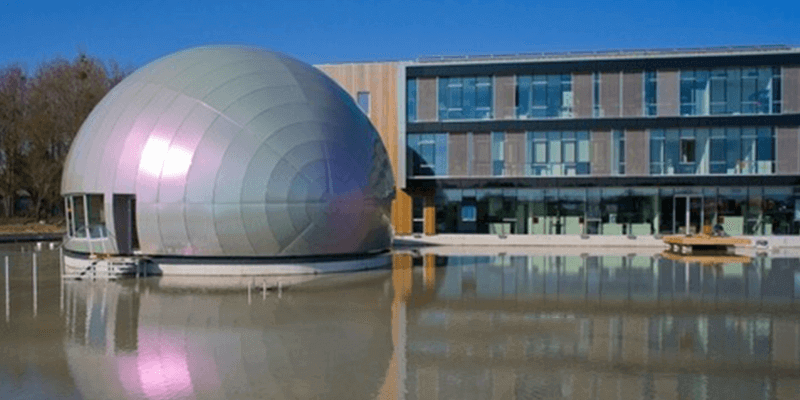 The composite structure of ALUCOBOND® means it has an impressive strength to weight ratio, even when compared to large panel sizes. Despite its low weight – which makes ALUCOBOND® easy to transport and handle – its rigidity helps maintain its shape and flatness, even when exposed to extreme temperature changes.

Comparison of thickness and weight of panels with equal rigidity

3A Composites is the parent company of ALUCOBOND® and is recognised across the globe as one of the leaders in the field of sustainability. Its reputation is spread far and wide, including among other diversified producers and raw material processing companies around the world.

The company’s unflinching commitment to sustainability – along with taking the needs of all key groups into account – enables it to make decisions of the highest economic, social, and ecological value. 3A Composites also commits to continuous self-improvement programs for environmental protection, many of which exceed government regulations.

Over decades of use in a rear-ventilated cladding system, ALUCOBOND® protects a building from weathering and the harmful effects of industrial and environmental pollution. It also acts as a barrier against solar radiation; the ventilated space between the ALUCOBOND® panels and the wall or the thermal insulation reduces heat transmission.

ALUCOBOND® also protects the wall of a building from high and rapid temperature changes; moisture can pass through the wall, yet the building structure remains dry.

During the lifecycle of ALUCOBOND® composite panels, no substances containing CFC are set free at any time. The core material does not contain any nitrogen, chlorin, or sulphur – therefore, it is the perfect choice for projects which require environmental-friendly materials.

ALUCOBOND® is fully recyclable. Both the core material and the aluminium cover sheets can be used in the production of new material.

* Exception: ALUCOBOND® natural Reflect is only available in ALUCOBOND® PLUS.

Specifications are subject to change without prior notice / intimation

The graphs for 3 mm and 4 mm thick ALUCOBOND® indicate the maximum permissible panel length (σ = 53 N/mm²) (without having to add a stiffener) based in applicable design wind load and panel width. Values apply to 4-side supported panels. Values for other systems on request.